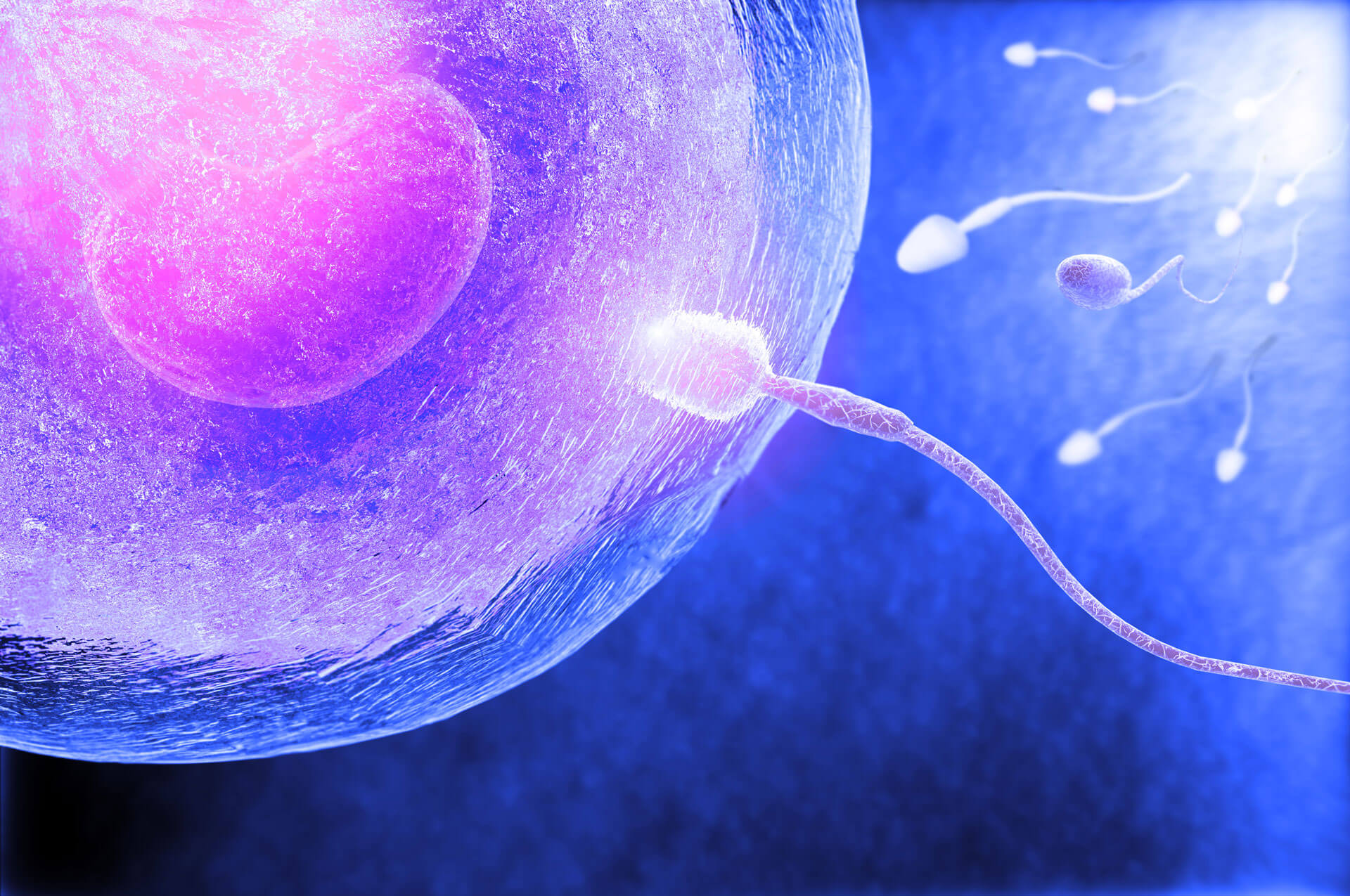 How does a pregnancy develop?

Pregnancy is the result of many different cellular and hormonal processes in the body. To achieve pregnancy it is very important to understand the processes of the female cycle.

The Beginning of the Cycle

The cycle begins on the first day of menstruation. During menstruation mucous membrane of the uterus is expelled. At the same time, small amounts of the hormones FSH (follicle stimulating hormone) and LH (luteinising hormone) are released and reach the ovaries.

At birth, the ovaries contain approximately 1 to 2 million egg follicles, each of which contains one egg cell. The FSH causes a number of follicles to mature per cycle. The ‘most dominant’ follicle is the one that will mature into an egg.

During ovulation the follicle bursts and releases an egg. It migrates via the fallopian tube to the uterus. It is capable of being fertilized for up to 72 hours.

Fertilization of the egg can take place in the fallopian tube. When sperm and egg meet in the fallopian tube, one of the many sperm must be able to penetrate the egg and fertilize it. This is when cell division begins, with each division, the number of cells in the fertilized egg doubles.

The migration to the uterus continues. The embryo (from the fusion of the DNA of egg and sperm) nests in the endometrial lining , where the placenta is formed. The unborn child receives oxygen and nutrients from the placenta.

From implantation to embryo

Corpus luteum, latin for “yellow body”, is a hormone-producing cell cluster that develops from the follicle after ovulation.

The corpus luteum prepares the lining of the uterus for the implantation of the fertilized egg. The remaining cells free themselves from the egg membrane and dock in the mucous membrane in the upper part of the uterus. Once implantation is complete, hormones are released which cause the necessary cellular changes, so the embryo can implant and develop in the woman’s uterus.

After implantation in the uterus, the hormone hCG (human chorionic gonadotropin) is produced. The hCG stimulates the secretion of progesterone in the corpus luteum to maintain the pregnancy. The presence of hCG in a woman’s blood or urine is proof of pregnancy.

If an egg is not fertilized, the corpus luteum recedes and the production of the progesterone stops. The lining of the uterus breaks down and a menstruation cycle begins again.